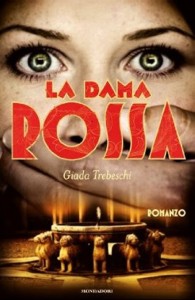 Poggio Catino, Italy, 1938.
During the restoration works of the baron’s palace, the skeleton of a walled-up alive woman is found.
Letizia Cantarini, the Art Historian in charge of following the works is the first one to enter the secret room where, together with the skeleton, she finds also papers that, in the first moment, seem to be the memorial of the condemned. Following a strange feeling and the desire of being the only one to publish the results of the discovery, she decides to hide the papers without mentioning them with anybody.
Few days after the discovery, some fascist Officers, that strangely seem to be very interested in the skeleton, arrive in Poggio Catino. Letizia is forced to go on working under the direct and strict control of the captain Giulio de’ Risis.
The woman and her closer collaborator, Alessandro Romei, become suspicious because of all this unusual interest around normal restoration works and soon it is clear that, probably, the regime believes to be finally able to find the very famous Olgiati Treasure.
In effect, the papers written by the condemned reveal not only her personal story but also the clues of a treasure hunting that starts in the moment in which Letizia and Alessandro, heavily threatened, decide to run away from Poggio Catino.
On the background of a fascist Italy penetrated by racist ideas, the treasure reveals to be much more important of what initially seemed and its search will bring to unexpected consequences and important revelations.